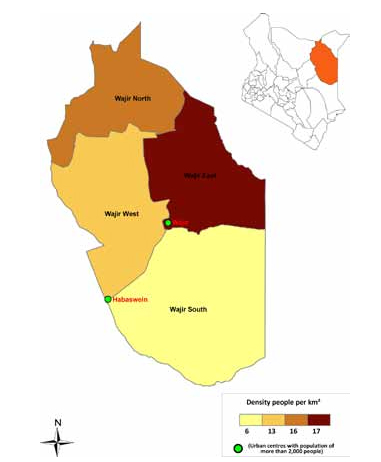 Wajir is a Borana word that means coming together, bequeathed to this part of the country because of the different clans and pastoral communities that used to congregate in areas around Wajir town to water their animals from the abundant and dependable shallow wells that characterize the general land geomorphology.

Due to its centrality to all major town in the region, With its abundant water resources and shallow wells and high human traffic, the British officially established Wajir Town in 1912, to serve as their colonial headquarters. The town Wajir town is now one of the oldest in Kenya after Malindi and Mji wa Kale in Mombasa. Its Centennial Anniversary was marked in 2012 with week longweek-long celebrations amid much pomp and colour.