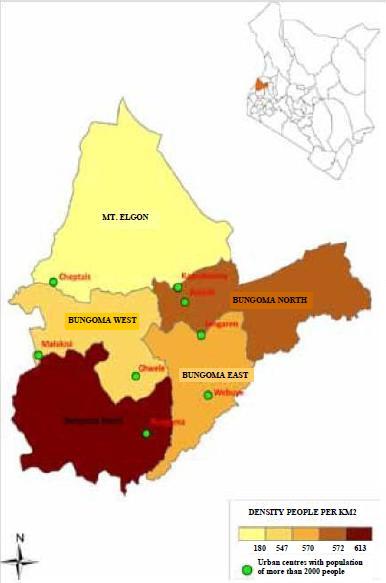 Bungoma County borders the Republic of Uganda to the West, Teso and Busia districts to the South West, Mumias to the South, Trans-Nzoia, Lugari and Kakamega to the North East.

The region has a population density of 453.5 people per sq. Km with a national percentage of 3.6%. Poverty level index stand at 53% while age dependency ration is at 93.8.