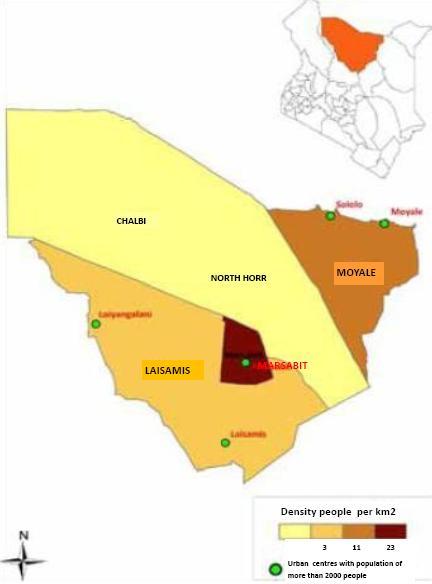 Marsabit County which borders Ethiopia to the North and North East, Wajir County to the East, Isiolo County to the South East, Samburu County to the South and South West and Lake Turkana to the West and North West in the former Eastern Province is vast, with an area spawning 70,961.3Km2. It has a current estimated population of 310, 000, while the 2009 Census recorded a population of 291,166 (52% Male & 48% Female). The county comprises four constituencies (Saku, North Horr, Laisamis and Moyale). Administratively it has seven districts.