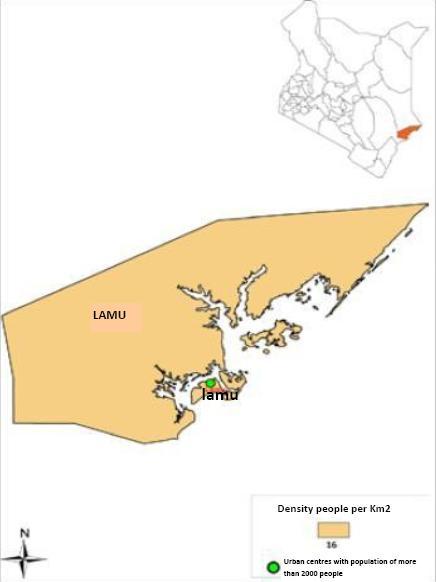 The Lamu Archipelago is a small group of Island situated on Kenya's Northen Coast line, near Somali. It is made up of Lamu, Manda, pate and Kiwayuu islands. Lamu town is the headquarter of Lamu District, one of the six districts of Kenya's Coast Province, which boarders the Indian Ocean to the east, the Tana River District to the South-West, the Garissa District to the North and the republic of somali to the North-East. The County has a land surface area of 6,474.7 Km2 that includes the mainland and over 65 Islands that forms the Lamu Archipelago. The total length of the coastline is 130 km while land water mass area stands at 308km

Politically Lamu is divided into two Constituencies: Lamu East and Lamu West. Each constituency is represented by an elected Member of Parliament, who is elected after every five years. Lamu is devolved into a County Government, headed by a Governor. The County has TEN County wards, which are represented in the County Assembly. The County wards are as follows: