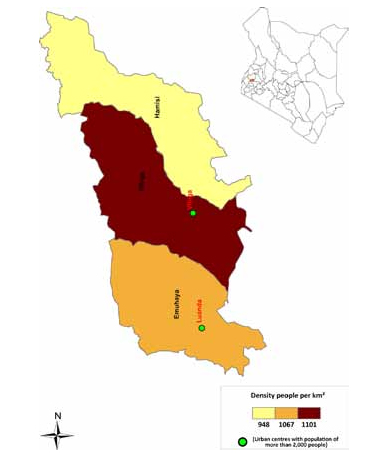 Vihiga County whose headquarters is in Mbale is Located in the Western Region of Kenya. It boarders Nandi to the East, Kisumu County to the South, Siaya County to the West and KAKAMEGA County to the North. It is one of the four Counties in the former Western Province. Vihiga County has five Constituencies; Luanda, Emuhaya, Hamisi, Sabatia and Vihiga.